The official start to the greatest time of year 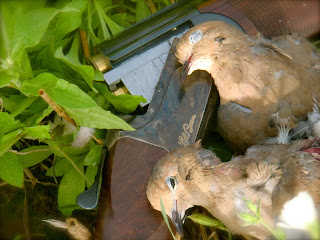 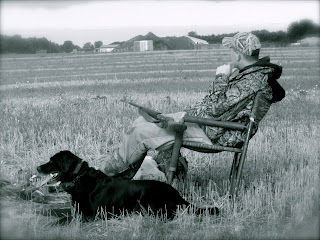 Maybe I'm getting lazy, or maybe I'm just getting smarter, but this whole "DOVE HUNTING" thing really has my attention. Wisconsin has only had the opportunity to harvest the Mourning Dove for a few years, and I've enjoyed every one of them slightly more than the it's prior. They truly are a worthy adversary, dipping and diving faster than any teal or woodcock. The bird is not on;y challenging to actually hit, but it's culinary rewards have become a tradition as our first wild game appetizer of the year.
When it's paired with a grill, onion and jalapeno, and a smattering of blue cheese, its the ONLY way to  start the Packers season, which it will this Thursday evening.
I used to be part of the early Canada Goose crowd, with endless hours of scouting and asking permission only to have the brothers uncles cousin show up in the field you have permission for, five minutes before shooting time. Usually ending up in some sort of unfriendly verbal exchange, and somebody threatening to go get the farmer at this early hour. This type of confrontation is exactly why I love hunting doves. i don't have to spend an hour grassing blinds, fighting over who shot the band, or When we should have taken the shot.
If we miss a few birds, so be it, there will be more, and if there isn't , well their only doves.
Its a sport in which old men and old dogs can enjoy just as much as some bright eyed go getter who's willing to sleep in a field in order to gain access.
this particular day we had "Easton", a black lab of almost twelve years who realised every single bird we dropped this morning. He didn't care whether it was a 10 yard retrieve, or a 50 yarder. I think as our dogs get older (just like humans) that every hunt could be our last, so enjoy every moment.
Some great target practice, some great eats, and a lot of laid back conversation, Yup, i've decided, I 'm  just smarter.
Posted by Jackson at 3:12 PM