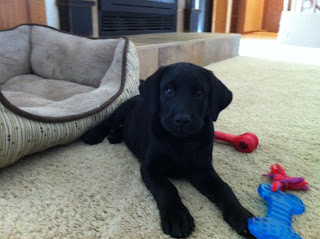 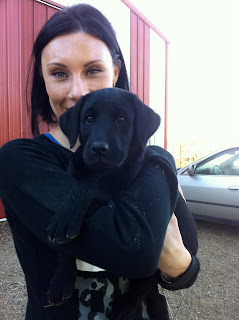 With great sacrifice comes great reward, or so I have been told.


After driving a total a 19 hours this past weekend, I hope that statement rings true. After countless research done on my part trying to find the right "BRIT" lab breeder, and line, I decided to purchase my next dog from Tallgrass Kennels, near DeSmet, South Dakota.
I was so pleasantly surprised by every aspect of this kennel, that I would highly recommend them to anyone in search of dog for ANY reason. The setting of this kennel could best be described by painting a mental picture of the opening scene of the television show "Little House on the Prairie", (oddly enough, the ACTUAL home of Laura Engels Wilder is less than 8 miles down the road) complete with rolling hills , wild pheasants and ducks, and the kind of remote location that can't help but make you pause and admire it's beauty.
Upon arrival on the long gravel driveway to the elegant remodeled homestead of over 100 years old, Robert and Kipley Claire greet you with waves and welcomes. A short time later their two boys come running out of the house eagerly awaiting the meeting of "their" puppies new owners.
A immaculate kennel, with calm, obedient, labs is a beautiful thing to witness, and they certainly have managed to create just that.
it only took us about 10 minutes to pick out "Duke", In some sort of weird way, I almost felt like he was picking me, and after I picked him up to get a much closer look at him, he sealed the deal with a lick of my face while staring in my eyes.
He did fantastic on the 9 hour ride home, no accidents, whining, or horseplay. he only whined twice all night and that was to go outside and take a bathroom break. He seems to be coming on command already, which ( I know will be tested very soon ), but all in all, couldn't be happier. Here is a link to their kennel if you're interested.