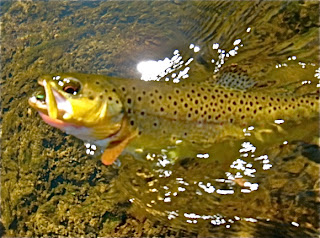 Let me first say I'd like to thank Jesus for dying for our sins today,  and that without that forgiveness I'd be one sorry soul.
I got to head down to the driftless (despite my wife's birthday) (she's an angel) for the third time this season already. I had high hopes of some little black caddis action as I had heard they were just starting during the work week (of course). We had left early in the morning after seeing that a pretty hard frost was taking hold on most of the state, and knowing the fish would be totally lethargic and not wanting to be active for the first few hours of daylight.
Arrival approximately 10 am, we got all our gear on, assembled rods, and started our quick jaunt to my favorite stream in Vernon county. As it usually happens, i had line management problems and managed to lose my clippers in the first five minutes. This would have been a prime opportunity for which many of you that know me, to have what most refer to as a "hulking out" moment. 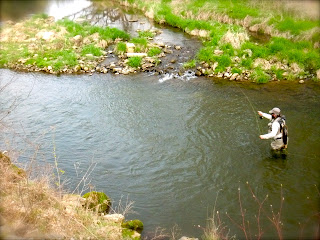 I can honestly say David Banner stayed cool, nothing was thrown, my eyes stayed blue instead of green, and the serenity and song of the red winged blackbird only paces away from, kept me in the calmest state of mind humanly possible.
It didn't take long to get into fish, Caddis worms and tiny black nympth were just what the doctor ordered for this chillier than expected morning. As the day wore on , I found a few fish willing to explode on the surface for my best black caddis dry imitation, but as a true caddis fan, much less than what I had hoped for.

A quick trip with great conversation with my buddy Scott, many tugs on the end of my line, a few organic beers, my sins forgiven, and somehow everything in the world seems right! 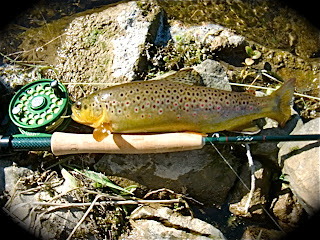